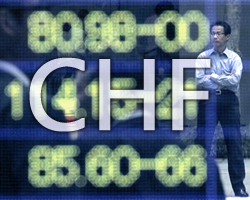 At 2.30 am ET Thursday, the Federal Statistical Office releases Swiss consumer prices for May. Consumer prices are forecast to fall 1.3 percent on year, after easing 1.1 percent in April.