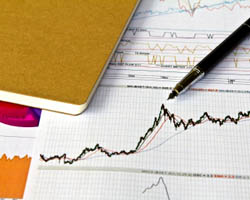 After seeing initial strength, treasuries pulled back over the course of the trading day on Monday before ending the session roughly flat.

Bond prices turned negative late in the session before climbing back near the unchanged line going into the close. Subsequently, the yield on the benchmark ten-year note, which moves opposite of its price, crept up by less than a basis point to 0.702 percent.

Treasuries initially benefited from their appeal as a safe haven amid concerns about a second wave of coronavirus infections after Beijing recorded a spate of new Covid-19 cases in a major wholesale food market.

Data compiled by the New York Times also showed a recent increase in coronavirus cases in more than 20 states, including California, Florida, and Nevada.

Texas and North Carolina also reported a record number of coronavirus-related hospitalizations on Saturday, adding to worries that businesses reopening may drive a second wave.

Buying interest waned over the course of the morning, however, as traders continued to express optimism about the economy as the New York Federal Reserve released a report showing regional manufacturing activity steadied in June after seeing sharp contractions in April and May.

The New York Fed said its general business conditions index spiked to negative 0.2 in June from negative 48.5 in April. A negative reading indicates a contraction in regional manufacturing activity.

The jump by the index far exceeded the estimates of economists, who had expected the index to surge up to negative 27.5.

Treasuries continued to give back ground after the Federal Reserve announced plans to begin buying a broad and diversified portfolio of corporate bonds to support market liquidity and the availability of credit for large employers.

The index will be made up of all the bonds in the secondary market that have been issued by U.S. companies that satisfy the facility’s minimum rating, maximum maturity, and other criteria.

Trading on Tuesday may be impacted by reaction to reports on retail sales, industrial production and homebuilder confidence.

Following today’s announcement by the Fed, traders are also likely to keep an eye on Fed Chair Jerome Powell’s testimony before the Senate Banking Committee.