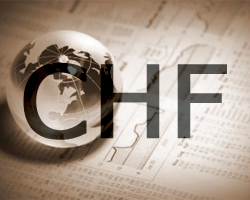 The Swiss franc dropped against its most major counterparts in the European session on Wednesday, as investors cheered the development of coronavirus vaccines and a limited easing of restrictions across Europe.

AstraZeneca’s Covid vaccine candidate had an average efficacy of 70 percent, with one dosing regimen showing vaccine efficacy of 90 percent. Further, the FDA has granted an emergency use authorization for Regeneron’s Covid-19 antibody treatment.

French President Emmanuel Macron announced a three-stage relaxation of the country’s restrictions that will begin on Saturday.

German Chancellor Angela Merkel is proposing gatherings of up to 10 people on Christmas and New Year holidays.

British authorities approved relaxation of the restrictions on Christmas after a fall in new infections.

The Fed minutes are also due, with investors looking for clues on the direction of monetary policy.

The franc depreciated to 1.0871 against the euro, its lowest level since September 1.The franc is seen finding support around the 1.10 level.
The franc hit a 2-day low of 0.9139 against the greenback from Tuesday’s closing quote of 0.9110. If the franc drops further, 0.94 is possibly seen as its next support level.

The franc edged down to 114.22 against the yen, compared to Tuesday’s closing value of 114.55. Next key support for the franc is likely seen around the 107.5 level.

The Fed minutes from the November 4-5 meeting are set for release at 2:00 pm ET.