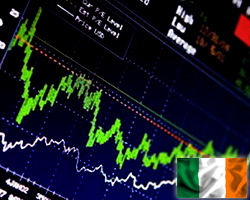 Ireland’s economy recovered from a technical recession in the third quarter, the Central Statistics Office reported Friday.
After the relaxation of Covid-19 containment measures, gross domestic product grew 11.1 percent sequentially, in contrast to the 3.2 percent fall in the second quarter.

On a yearly basis, GDP was up 8.1 percent in the third quarter, data showed.

RBA Minutes On Tap For Tuesday