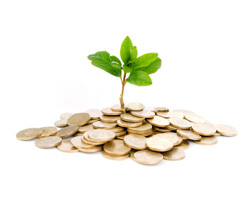 The German economy grew more than initially estimated in the fourth quarter driven by construction investment and exports, revised data from Destatis showed on Wednesday.

Gross domestic product grew 0.3 percent sequentially in the fourth quarter instead of 0.1 percent estimated previously. However, this was much slower than the 8.5 percent rebound seen in the third quarter due to the renewed lockdown at the end of the year.
On a yearly basis, the decline in GDP slowed to 3.7 percent from 4 percent. The fourth quarter rate was revised from -3.9 percent.
The price-adjusted GDP dropped 2.7 percent annually after easing 3.9 percent in the third quarter. According to flash estimate, GDP was down 2.9 percent in the fourth quarter.

Due to the second lockdown, private consumption dropped 3.3 percent but this was far less than the 11 percent fall posted during the first lockdown. Government spending also decreased 0.5 percent.

Carsten Brzeski, an ING economist, said industrial activity and foreign demand helped to stop the German economy from falling into contraction during the second lockdown but it is very unlikely they will again prove to be strong insurance against contraction in the fourth quarter.

The statistical office revised its full year GDP estimate for 2020 to -4.9 percent from -5 percent.

In its monthly report, released this week, Bundesbank said the German economy is likely to recover from this spring after an estimated contraction in the first quarter of 2021.