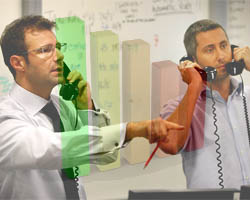 The biggest negative contribution came from retailers in food, beverages and tobacco in specialized stores, all ‘other’ retailers, and general dealers.

On a month-on-month basis, retail sales fell 1.6 percent in January, after a 0.8 percent decline in the previous month.

In the three months ended in January, retail sales increased 0.9 percent, after a 2.7 percent rise in the preceding three months.

*Lagarde: ECB Has Not Just PEPP, But A Whole Package Of Tools