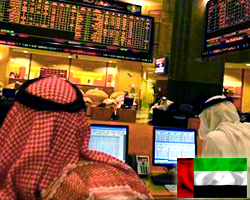 The Purchasing Managers’ Index rose to 52.6 in March from 50.6 in February. A score above 50 indicates expansion.

The sector expanded for a fourth consecutive month, the longest seen since the end of 2019, the survey found.

Output rose to the highest in over a year-and-a-half in March and new order volume increased.

Suppliers’ delivery time lengthened for the second month in a row in March and employment declined.

On the price front, input costs increased in March, as the pace of inflation accelerated to the fastest since November 2018.

The 12-month outlook for activity improved for the fourth straight month and was the highest since July 2020.

“Improving construction sector activity acted as a sorely-needed boost to the UAE non-oil economy in March, with the PMI gaining ground and posting its highest reading since mid-2019,” David Owen, an economist at IHS Markit, said.

*Norges Bank: Rate Will Most Likely Be Raised In Latter Half Of 2021

*U.S. Dollar Appreciates To More Than 8-month High Of 0.9418 Against Franc