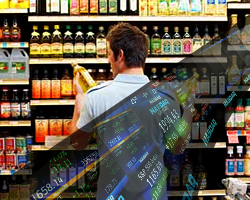 The Netherlands’ consumer confidence improved in April, but remained negative, data from the Central Bureau of Statistics showed on Thursday.

Another report from the statistical office showed that household spending declined further in February, as consumers spend less on services.

The consumer confidence index rose to -14 in April from -18 in March. The score was below the 20-year average of -7 points.

The indicator for willingness to buy rose -2 in April from -4 in the previous month.

Consumer spending declined 10.7 percent yearly in February, following a 12.0 percent fall in January. This was the twelfth consecutive fall.