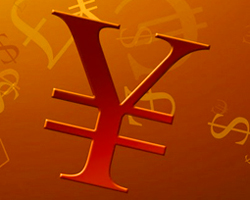 The Japanese yen showed mixed trading against its major counterparts in the Asian session on Tuesday, after the Bank of Japan maintained its monetary stimulus unchanged following its policy framework tweaks last month.

The board, governed by Haruhiko Kuroda, voted 8-1 to hold the interest rate at -0.1 percent on current accounts that financial institutions maintain at the central bank.

The bank will continue to purchase a necessary amount of Japanese government bonds without setting an upper limit so that 10-year JGB yields will remain at around zero percent.

The bank downgraded its near-term inflation forecast and raised its growth projections despite the restrictions related to COVID-19 pandemic.

The bank said it will not hesitate to take additional easing measures if necessary, and also it expects short- and long-term policy interest rates to remain at their present or lower levels.

The yen bounced off from its early 1-week low of 130.84 against the franc, with the pair trading at 130.65. The yen may challenge resistance around the 128.00 region.
Looking ahead, Federal Housing finance agency’s U.S. house price index and S&P/Case-Shiller home price index for February and consumer confidence index for April will be featured in the New York session.

Finablr Exploring Options After Stock Rout Due To NMC

Treasuries Move To The Downside As Economic Optimism Persists