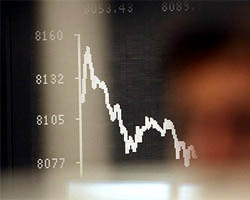 Treasuries showed a strong move to the upside in morning trading on Monday but gave back ground as the day progressed.

Bond prices pulled back well off their highs of the session but still closed in positive territory. As a result, the yield on the benchmark ten-year note, which moves opposite of its price, dipped by 2.4 basis points to 1.607 percent after hitting a low of 1.578 percent.

The advance by treasuries came following the release of a report from the Institute for Supply Management showing an unexpected slowdown in the pace of growth in U.S. manufacturing activity.

The ISM said its manufacturing PMI slid to 60.7 in April after jumping to a more than 37-year high of 64.7 in March.

While a reading above 50 still indicates growth in manufacturing activity, economists had expected the index to inch up to 65.0.

A separate report from the Commerce Department showed construction spending rose by much less than expected in the month of March.

Economists had expected construction spending to spike by 2.0 percent compared to the 0.8 percent drop originally reported for the previous month.

Looking ahead, trading on Tuesday may be impacted by reaction to reports on the U.S. trade deficit and factory orders.