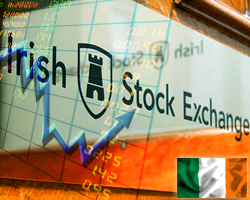 Ireland’s manufacturing expanded for the eight month in a row in May, survey data from IHS Markit showed on Tuesday.

The seasonally adjusted AIB factory Purchasing Managers’ Index, or PMI, rose to 64.1 in May from 60.8 in April. Any reading above 50.0 indicates expansion in the sector.

New orders increased for the third straight month in May and led to a record growth in output.

Overall employment rose at the second fastest rate in survey history and backlogs of work rose at the strongest rate since September 2002.

Outstanding business rose at a record pace in May and purchasing activity increased at the fastest rate since December 1999. Suppliers’ delivery time lengthened.

Input costs increased in May and output prices rose at the fastest rate since series began in September 2002.

The 12-month outlook for production remained closed to record high in April, albeit easing slightly from April’s peak.

South Korea Producer Prices Jump 6.4% On Year In May