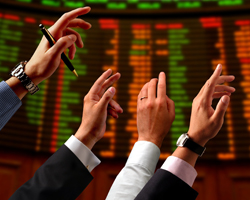 Gold futures settled lower on Monday as traders weighed the possibility of any change in the Federal Reserve’s monetary policy stance.

Amid rising inflation, some analysts appear to be hoping the Fed will start discussing about tapering its asset purchases.

The dollar’s weakness helped limit gold’s downside. The dollar index, which dropped to a low of 90.41, recovered some lost ground subsequently, and was last seen at 90.52, down 0.04% from the previous close.

The Federal Reserve Open Market Committee is scheduled to announce its monetary policy on Wednesday. Any deviation from the rhetoric of transitory spike in inflation is likely to harm gold’s near-term prospects.

*Canadian Manufacturing Sales Spike 10.7% In May