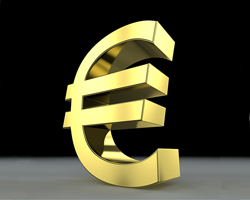 Germany’s producer price data is due at 2.00 am ET Friday. Economists expect producer prices to climb 6.4 percent annually in May, faster than the 5.2 percent rise seen in April.

Ahead of the data, the euro traded mixed against its major counterparts. While it fell against the greenback and the yen, it rose against the pound. Against the franc, it was steady.

Turkey Capacity Utilization Rises In May