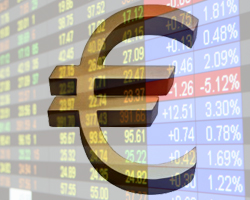 The euro traded lower against its most major counterparts in the European trading session on Tuesday, as growing worries about the spread of the Delta variant of the virus and the likelihood of the U.S. Federal Reserve scaling back stimulus made investors cautious.

A spike in fresh COVID-19 cases across Asia, as well as in the U.K. dampened hopes of a strong rebound in economic activity.

All important U.S. jobs data is due later in week, which could help gauge the timing of the U.S. Federal Reserve exiting from its easy policy.

The euro was weighed by a strong dollar, as investor fear that a strong U.S. jobs data could bring forward the time line of a tightening of monetary policy.

Richmond Fed President Thomas Barkin said on Monday that the central bank has made “substantial further progress” toward its inflation goal so as to begin the withdrawal of stimulus.

Survey results from the European Commission showed that Eurozone economic confidence reached a 21-year high in June, largely driven by the improvement in the services sector after the easing of lockdown restrictions.

The economic confidence index rose more-than-expected to 117.9 in June from 114.5 in the previous month. The expected level was 116.5.

In contrast, the euro jumped to nearly a 2-week high of 0.8609 against the pound from Monday’s close of 0.8585. The currency is poised to find resistance around the 0.88 level.