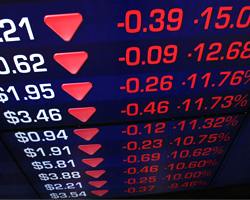 Crude oil futures are down marginally Friday morning with traders making cautious moves as they look ahead to OPEC members and their allies’ decision on increasing crude production.

The OPEC members and allies were originally scheduled to announce their decision on Thursday.

WTI crude futures had ended nearly 2.5% up on Thursday despite paring some gains.

Despite concerns that oil demand could falter in the near term due to the surge in the delta variant of the coronavirus cases and travel curbs in several countries, analysts expect demand to pick up during the later part of the year.

Markets now await the crucial U.S. monthly jobs data that could give some clues about the likely policy stance of the Federal Reserve going forward.