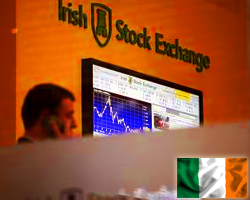 The AIB Ireland services Purchasing Managers’ Index rose to 63.1 in June from 62.1 in May. Any reading above 50 indicates growth in the sector.

The latest growth was the fastest since January 2016.

New business increased for the fourth straight month in June and at the fastest pace since January 2016. New export business rose further.

Outstanding work rose for the fourth month in a row in June and at the fastest rate since January 2016. Employment grew for the fourth consecutive month.

The 12-month outlook for business activity remained highly optimistic in June though sentiment eased to the second strongest since September 2017.

Input price inflation rose for the fourth time in five months to the highest rate since July 2008 and output costs increased with an average price change rising at the fastest pace since November 2018.

The composite output index, covering manufacturing and services, rose to 63.4 in June from 63.5 in the previous month.