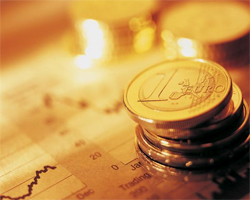 France trade deficit widened to a nine-month high in May and the current account deficit increased, official data showed on Wednesday.

The trade deficit increased to EUR 6.8 billion in May from EUR 6.33 billion in April, customs office said. This was the biggest shortfall since August 2020, when the deficit was EUR 7.08 billion.

Elsewhere, the Bank of France reported that the current account deficit increased to EUR 2.3 billion in May from EUR 2 billion in April.

The services surplus stood at EUR 1.6 billion, down by EUR 0.8 billion from the previous month. The goods balance improved somewhat thanks to the EUR 0.2 billion reduction in the deficit on goods excluding energy.

In the financial account, capital inflows exceeded outflows by EUR 5.5 billion in May. The EUR 28.6 billion net inflows of loans and deposits thus exceeded the net outflows in portfolio investments and direct investments.