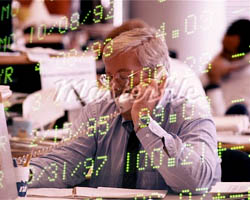 Retail sales in the U.S. unexpectedly increased in the month of June, according to a report released by the Commerce Department on Friday.

The Commerce Department said retail sales climbed by 0.6 percent in June after plunging by a revised 1.7 percent in May.

The rebound surprised economists, who had expected retail sales to fall by 0.4 percent compared to the 1.3 percent slump originally reported for the previous month.

Excluding a steep drop in sales by motor vehicle and parts dealers, retail sales jumped by an even stronger 1.3 percent in June following a revised 0.9 percent decrease in May.

Economists had been expecting ex-auto sales to increase by 0.4 percent compared to the 0.7 percent drop originally reported for the previous month.