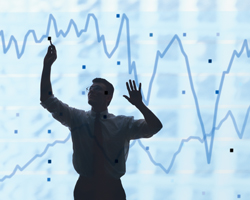 The U.S. dollar lost ground against its major rivals on Monday ahead of the U.S. Federal Reserve’s monetary policy meeting which begins on Tuesday.

The dollar fell as treasury yields dropped after talks between the U.S. and China failed to resolve outstanding issues between the two sides triggered buying interest in safe-haven treasury bonds.

Traders now look ahead to the Federal Reserve’s monetary policy meeting for more hints about its plan to scale back the bond buying program.

It is widely expected that the Fed will likely keep its funds target rate and quantitative easing programme unchanged. All eyes will be on the central bank’s ongoing debate on tapering its $120 billion a month bond buying program.

Fed Chairman Jerome Powell acknowledged that current inflationary pressures could be transitory and stimulus measures will remain in place for some time.

In U.S. economic news, a report from the Commerce Department showed an unexpected steep drop in new home sales in the month of June.

Economists had expected new home sales to jump by 4% to an annual rate of 800,000 from the 769,000 originally reported for the previous month.

With the unexpected decrease, new home sales slumped to their lowest annual rate since hitting 582,000 in April of last year.

Against the Euro, the dollar weakened to 1.1806, giving up nearly 0.3% from Friday’s 1.1772. A survey showed German business confidence unexpectedly weakened in July as managers’ optimism was clouded by problems with the supply of raw materials and other products and by an upturn in coronavirus infections.

The Pound Sterling was stronger against the dollar, fetching $1.3823 a unit, gaining from $1.3748. The Bank of England’s external monetary policy committee member Gertjan Vlieghe said in a speech to the London School of Economics that the current monetary stimulus should be maintained for several quarters at least, and probably longer.

Against the Yen, the dollar weakened to 110.39 yen, easing from 110.55. The manufacturing sector in Japan continued to expand in July, albeit at a slower pace, the latest survey from Jibun Bank revealed on Monday with a manufacturing PMI score of 52.2.

*Australian Dollar Slides To Near 2-week Low Of 0.9306 Against Canadian Dollar

*Canadian Dollar Firms To 3-month High Of 80.63 Versus Yen After BoC Decision