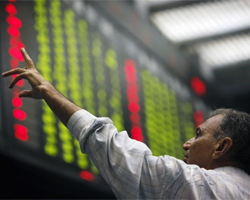 Slovakia’s producer prices increased in June, figures from the Statistical Office of the Slovak Republic showed on Wednesday.

The producer price index increased 5.6 percent year-on-year in June, following a 4.9 percent rise in May.

Prices for mining and quarrying grew 5.6 percent yearly in June and those of manufacturing rose 4.8 percent.

On a monthly basis, producer prices rose 0.4 percent in June, after a 1.6 percent increase in the preceding month.