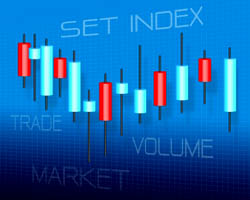 The pace of growth in U.S. manufacturing activity unexpectedly slowed in the month of July, according to a report released by the Institute for Supply Management on Monday.

The ISM said its manufacturing PMI dipped to 59.5 in July from 60.6 in June. While a reading above 50 still indicates growth in the manufacturing sector, economists had expected the index to inch up to 60.9.

With the unexpected decrease, the manufacturing PMI pulled back further off the 37-year high of 64.7 reached in March and fell to its lowest level since hitting 58.7 in January.

“As we enter the third quarter, all segments of the manufacturing economy are impacted by near record-long raw-material lead times, continued shortages of critical basic materials, rising commodities prices and difficulties in transporting products.” Fiore said.

He added, “Worker absenteeism, short-term shutdowns due to parts shortages and difficulties in filling open positions continue to be issues limiting manufacturing-growth potential.”

The unexpected decrease by the headline index came as the production index slid to 58.4 in July from 60.8 in June, while the new orders index fell to 64.9 from 66.0.

The supplier deliveries index dropped to 72.5 in July from 75.1 in June, although a reading above 50 still indicates slower deliveries.

The report showed the prices index also tumbled to 85.7 in July after reaching a more than forty-year high of 92.1 in June.

On the other hand, the ISM said the employment index jumped to 52.9 in July from 49.9 in June, indicating a return to job growth in the manufacturing sector.

“The details suggest supplier delivery times and the accompanying upward pressure on prices are no longer getting any worse, but we suspect it will be a long time before those supply constraints ease meaningfully,” said Michael Pearce, Senior U.S. Economist at Capital Economics.

The ISM is scheduled to release a separate report on Wednesday regarding activity in the service sector in the month of July. The services PMI is expected to inch up to 60.4 in July from 60.1 in June.

Australia Has A$6.785 Billion Trade Surplus In December