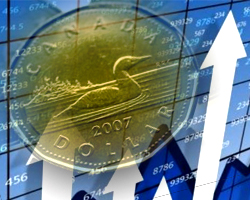 Following the release of Canada jobs data for July at 8:30 am ET Friday, the loonie traded mixed against its major counterparts. While it rose against the yen, it dropped against the rest of major rivals.

Bank Of Japan Minutes On Tap For Thursday