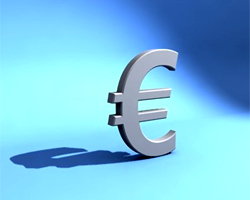 The euro firmed in the European session on Monday, while the U.S. dollar fell, as European stocks followed Asian markets higher amid a recovery in oil prices and on easing fears over an earlier tapering of the Federal Reserve’s bond purchase program.

Investors cheered comments from Dallas Fed President Robert Kaplan, who told Fox Business Network last week that he might adjust his views about the plan for an early tapering of the bond purchase program.

The Jackson Hole meeting will begin later this week, with market participants looking forward to Chairman Jerome Powell’s speech for more clues about when the central bank will slow the pace of QE program.

Flash survey results from IHS Markit showed that Eurozone private sector logged one of the strongest growth seen over the past two decades in August as the further reopening of the economy underpinned expansion in the services activity.

The flash composite output index declined to 59.5 from a 15-year high of 60.2 in the previous month. The reading was forecast to fall marginally to 59.7.

Nonetheless, a reading above 50 suggests expansion.

The services Purchasing Managers’ Index came in at 59.7, while the score was expected to remain unchanged at 59.8.

In contrast, the greenback was up against the yen, at a 4-day high of 110.10. The greenback is likely to find resistance around the 112.00 level.

Looking ahead, Eurozone flash consumer sentiment index for August will be featured at 10:00 am ET.

U.S. existing home sales for July are due at the same time.