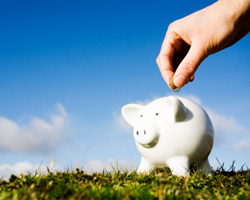 Germany’s economy grew at a faster than expected pace in the second quarter, underpinned by domestic demand, after contracting in the first three months of the year, latest data from Destatis showed Tuesday.
Gross domestic product grew a seasonally and calendar-adjusted 1.6 percent from the first quarter, when output decreased 2.0 percent. An increase of 1.5 percent was estimated initially.
In the second quarter of 2020, GDP fell 10 percent amid the peak of the Covid-19 pandemic.
Destatis said, economic output was still 3.3 percent lower compared to the 4th quarter of 2019, the quarter before the start of the coronavirus crisis.
On a year-on-year basis, GDP grew 9.8 percent in the second quarter after a 3.3 percent fall in the first quarter. Growth was estimated as 9.2 percent in the flash estimate.
As the lockdown restrictions related to the coronavirus pandemic were increasingly relaxed, consumption picked up.
Private consumption grew 3.2 percent from the first quarter and the state spending increased 1.8 percent.
Investments in both machinery and equipment as well as construction grew 0.3 percent each.
Exports rose 0.5 percent and imports increased 2.1 percent.

Gross value added in services increased, while that in industry declined. Construction registered a modest gain.
“The rebound of the German economy was weaker than in many other eurozone countries as the manufacturing sector suffered from supply chain problems,” ING economist Carsten Brzeski said.
“Looking ahead, three factors will determine the outlook for the German economy: the Delta variant, supply chain frictions and inflation,” the economist added.
ING continues to expect the German economy to return to per-crisis levels before the end of the year.
The number of employed rose by 4,000 persons from a year ago, almost unchanged in percentage terms after a 1.5 percent annual fall in the first quarter, Destatis said.

Dollar Rebounds Ahead Of U.S. Personal Income And Spending Data