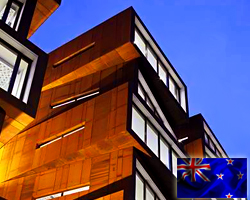 In June, imports were worth NZ$5.69 billion and exports were at NZ$5.95 billion for a trade surplus of NZ$261 million.

Australia will see Q2 figures for construction work done, with forecasts suggesting an increase of 2.5 percent on quarter – up from 2.4 percent in the three months prior.

Japan will see final June results for its leading and coincident economic indexes; the previous readings were 102.6 and 92.1, respectively.