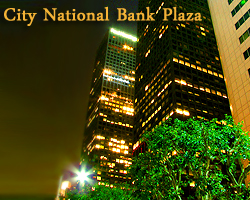 Sweden’s economy grew at a faster pace in the second quarter, underpinned by investments and household consumption, preliminary data from Statistics Sweden showed Friday.
Gross domestic product grew a seasonally adjusted 0.9 percent from the first quarter, when the economy expanded 0.8 percent.
In the second quarter of 2020, the economy shrank 8.1 percent.

Compared to the same quarter of last year, GDP rose 9.7 percent in the second quarter after a 0.2 percent fall in the previous three months. The increase was the first since the March quarter of 2020.

The number of employed grew by 0.4 percent.
The latest GDP data confirmed that the economy surpassed its pre-virus peak in the second quarter, and output is set to make further gains in the third quarter, Capital Economics said.
“On the policy front, while we think interest rate hikes are still years away, we would not be surprised if strong house price gains prompted policymakers to start shrinking the balance sheet before the end of next year – sooner than they have hinted so far and ahead of other advanced-economy central banks,” David Oxley, economist at Capital Economics, said.