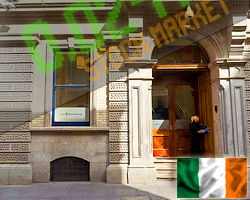 Ireland’s manufacturing sector expanded at a softer pace in August, but the growth remained robust, survey data from IHS Markit showed on Tuesday.

The seasonally adjusted AIB factory Purchasing Managers’ Index, or PMI, fell to 62.8 in August from 63.3 in July. The PMI reading was the lowest since April. Any reading above 50.0 indicates expansion in the sector.

New orders increased further, but at the slowest pace since April and new export orders rose at the second-fastest rate since November 2017.

Output rose at the slowest rate since the survey began in 1998 and backlogs of work increased in August.

The 12-month outlook for output remained positive in August.

On the price font, input price inflation eased in August and output prices increased at the third-fastest pace on record.

Pound Climbs Vs Most Majors Before U.K. PMI Data