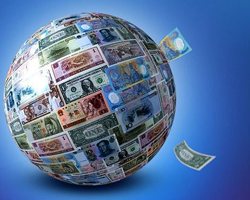 Economic confidence and industrial production reports from Germany are due on Tuesday, headlining a busy day for the European economic news.

At 1.45 am ET, Swiss unemployment data is due for August. The jobless rate is seen unchanged at seasonally adjusted 3.0 percent.

At 2.00 am ET, Destatis releases Germany’s industrial production data for July. Economists forecast output to grow 0.9 percent on month, in contrast to a 1.3 percent fall in June.

In the meantime, UK Halifax house price data is due. Monthly house price inflation is forecast to rise to 1.1 percent in August from 0.4 percent in July.

Also, foreign trade from Finland and industrial output from Norway are due.

At 3.00 am ET, retail sales from the Czech Republic and industrial production from Hungary are due. Sales are forecast to grow 4.9 percent on year in July, following June’s 7.2 percent increase.

At 5.00 am ET, Germany ZEW economic confidence survey results are due. The economic sentiment index is forecast to fall to 30.0 in September from 40.4 in the previous month.