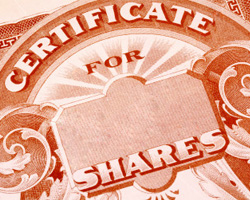 South Africa’s economy expanded for a fourth straight quarter in the three months to June, yet the economic output remained below its pre-pandemic levels, preliminary data from Statistics South Africa showed Tuesday.

Gross domestic product rose a seasonally adjusted 1.2 percent from the first quarter, when it expanded 1.0 percent.

In the June quarter of 2020, GDP had decreased 17.4 percent due to the severe impact of the Covid-19 pandemic and the resultant lockdowns.

The economy is 1.4 percent smaller than what it was before the COVID-19 pandemic, the statistical office said.

The economic impact of the wave of severe economic disruption, protest action and violence in KwaZulu-Natal and Gauteng, which took place in July, will reflect in the third quarter GDP results that are due for release in December, the agency added.

Six industries recorded positive growth in the June quarter and the largest positive contributors were the transport, personal services and trade industries.

*Bank Of Canada Maintains Target For Overnight Rate At Effective Lower Bound Of 0.25%