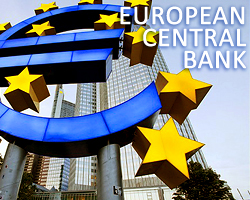 The euro depreciated against its major counterparts in the European session on Thursday, as the European Central Bank left its monetary policy unchanged and decided to reduce the pace of emergency bond purchases to maintain favorable financing conditions.

The Governing Council maintained the main refi rate at a record low of zero percent and the deposit rate at -0.50 percent. The marginal lending facility rate is at 0.25 percent.

The Governing Council retained the pandemic emergency purchase programme at EUR 1.85 trillion and it is expected to run until end of March 2022.

The ECB said that favorable financing conditions can be maintained with a moderately lower pace of PEPP purchases.

The purchases will be conducted flexibly according to market conditions and with a view to prevent a tightening of financing conditions that is inconsistent with countering the downward impact of the pandemic on the projected path of inflation.

Net purchases under the asset purchase programme will continue at a monthly pace of EUR 20 billion. The APP is expected to run as long as necessary to reinforce the accommodative impact of policy rates, and would end shortly before the central bank starts raising the key interest rates.

In her press conference in Frankfurt, Lagarde said that the euro area economy is experiencing a solid expansion.

The risks to the economic outlook is broadly balanced and financing conditions remain favorable.

But Lagarde cautioned that if supply bottlenecks last longer and feed through into higher than anticipated wage rises, price pressures could be more persistent.

Data from Destatis showed that German exports growth eased in July and imports declined for the first time in three months.

Exports grew 0.5 percent on a monthly basis, as expected, following a 1.3 percent rise in June.

The euro fell against its major peers in the Asian session, except the greenback.

The euro was down by 0.4 percent against the pound, at a 3-week low of 0.8540. The euro-pound pair had ended yesterday’s trading session at 0.8576. Immediate support for the euro is likely located around the 0.84 level.

Data from the Labor Department showed that U.S. weekly jobless claims dropped more than expected in the week ended September 4.

The single currency reached as low as 1.6013 against the aussie, down from yesterday’s close of 1.6036. Extension of downward trading may see the euro seeking support around the 1.56 region.

*Romania May Producer Prices Down 0.28% On Month