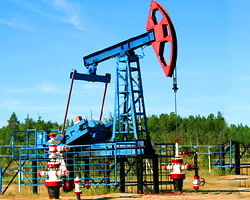 Despite data showing a drop in U.S. crude inventories, oil futures settled sharply lower on Thursday, weighed down by reports that China is looking to release some crude stock from its national reserve.

Data from Energy Information Administration (EIA) showed crude stockpiles in the U.S. declined 1.529 million barrels in the week ended September 3, much less than an expected draw of 4.6 million barrels.

Gasoline inventories dropped by 7.2 million barrels, more than twice the expected drop, while distillate stockpiles were down by 3.142 million barrels in the week, the EIA data showed.

American Petroleum Institute (API) data showed a smaller than expected decline in crude inventories for the week ended Sept. 3, but gasoline and distillate drawdowns were bigger than expected.

According to reports, China’s state reserves administration said it would auction some of its oil reserves to ease the pressure of high feedstock costs on domestic refiners.

The National Food and Strategic Reserves Administration reportedly said that the release will be made in phases to integrated refining and chemical plants, and added that the move will help stabilise domestic market supply and demand and gurantee the country’s energy security.