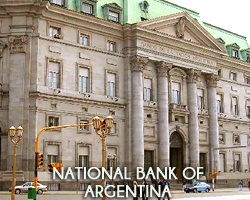 The board of governors of Bank Indonesia decided to hold the the BI 7-Day reverse repo rate at 3.50 percent. The previous change in the rate was a quarter-point reduction in February.

The board expects economic recovery to continue in line with accelerated vaccinations, strong export performance, wider opening of priority sectors, and continued policy stimulus. Economic growth was predicted to remain within the range of BI’s projection at 3.5 percent – 4.3 percent.

With the economy rebounding on the back of a fall in virus cases but the rupiah holding up well, Gareth Leather, an economist at Capital Economics, said the interest rates will be left on hold until the end of next year.

There is concern that Fed tapering could put some downward pressure on the currency, but Indonesia is generally much better placed to withstand a shift in global risk sentiment due to an improvement in the current account position, the economist noted.
The central bank forecast the current account deficit in 2021 to remain low in the range of 0.6 percent -1.4 percent of GDP.