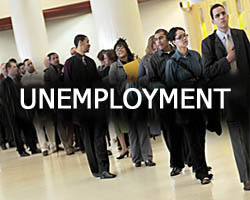 The German economy is projected to grow faster than previously estimated next year but trimmed its outlook for 2021 citing the impact of supply-side bottleneck on the manufacturing sector.

In its Autumn forecast, the think tank lifted its growth outlook for 2022 to 5.1 percent from 4.3 percent.

The faster growth is largely due to the low level of production of goods and services in 2021. In the course of 2022, the momentum of the overall economic recovery will decrease, ifo said.

The outlook for 2021 was downgraded to 2.5 percent from 3.3 percent as supply bottlenecks in manufacturing slowed overall recovery.

In 2023, the German economy will then expand again at normal rates, the think tank added.

According to ifo, the inflation rate is likely to rise further to around 4.5 percent by the end of the year.

The inflation rate should average 3.0 percent in 2021, following an average of only 0.5 percent in the crisis year 2020. The forecast for this year was raised from 2.6 percent.

In the next two years, the upward trend in prices will then slow from an annual average of 2.3 percent to 1.6 percent.

Regarding the labor market, the institute said short-time work will fall back to its pre-crisis level in the coming year, while unemployment is likely to be even higher, with an annual average of 2.35 million people. The jobless rate is forecast to fall to 5.1 percent in 2022 from 5.7 percent in 2021.