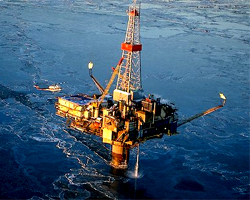 Crude oil futures settled higher on Thursday amid prospects for a surge in energy demand, and tighter supplies amid the slow recovery in restoration of output in the Gulf of Mexico following the disruptions caused by recent hurricanes.

West Texas Intermediate Crude oil futures for November ended up by $1.07 or about 1.5% at $73.30 a barrel, the lowest settlement in about two months. Oil prices had dropped to $71.61 a barrel earlier in the session.

The EIA also said that oil facilities in the Gulf of Mexico continue to return to production, and weekly output rose by 500,000 barrels per day in the most recent week.

The OPEC and allies, collectively known as OPEC+ will meet on October 4. Iraq’s oil minister said on Wednesday that the group was working to keep crude prices close to $70 per barrel amid a recovery in global economy.