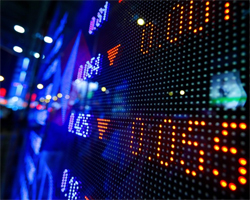 Treasuries moved to the downside during trading on Friday, extending the pullback seen since the Federal Reserve’s monetary policy announcement on Wednesday.

Bond prices remained firmly negative throughout most of the session after an early downward move. As a result, the yield on the benchmark ten-year note, which moves opposite of its price, rose by 5 basis points to 1.460 percent.

The ten-year yield has moved sharply higher since the Fed announcement and ended the session at its highest closing level since early July.

Indications the Fed plans to begin scaling back its bond purchases in the near future continued to weigh on treasuries.

The Fed said Wednesday that a “moderation in the pace of asset purchases may soon be warranted” if progress towards it goals of maximum employment and price stability continues broadly as expected.

During his post-meeting press conference, Fed Chair Jerome Powell indicated the central bank could begin tapering its asset purchases as soon as its next meeting in early November.

“While no decisions were made, participants generally viewed that so long as the recovery remains on track, a gradual tapering process that concludes around the middle of next year is likely to be appropriate,” Powell said.

Next week’s trading may be impacted by reaction to reports on durable goods orders, consumer confidence, personal income and spending and manufacturing activity.

Bond traders are also likely to keep an eye on the results of the Treasury Department’s auctions of two-year, five-year, and seven-year notes.