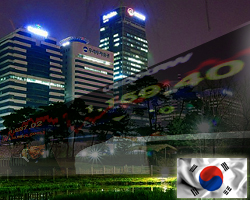 Consumer confidence in South Korea picked up steam in September, the latest survey from the Bank of Korea showed on Tuesday with a Composite Consumer Sentiment Index score of 103.8 – up from 102.5 in August.

Consumer sentiment regarding current living standards and their future outlook were unchanged at 91 and 96, respectively.

The expected inflation rate for the following year was 2.4 percent.

Dollar Slides Against Other Major Currencies