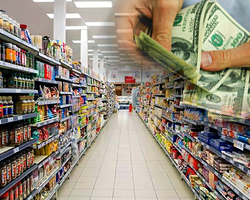 A report released by the Conference Board on Tuesday unexpectedly showed a continued deterioration in U.S. consumer confidence in the month of September.

The Conference Board said its consumer confidence index tumbled to 109.3 in September from an upwardly revised 115.2 in August.

The decrease surprised economists, who had expected the index to inch up to 114.8 from the 113.8 originally reported for the previous month.

Lynn Franco, Senior Director of Economic Indicators at The Conference Board, said the unexpected drop in consumer confidence came as the spread of the Delta variant continued to dampen optimism.

“Consumer confidence is still high by historical levels-enough to support further growth in the near-term-but the Index has now fallen 19.6 points from the recent peak of 128.9 reached in June,” Franco said.

She added, “These back-to-back declines suggest consumers have grown more cautious and are likely to curtail spending going forward.”

The unexpected decrease by the headline index came as the present situation index slid to 143.4 in September from 148.9 in August.

The expectations index also fell to 86.6 in September from 92.8 in August, as consumers’ optimism about the short-term business conditions outlook eroded further.

On Friday, the University of Michigan is scheduled to release its revised reading on U.S. consumer sentiment in September.

The consumer sentiment index for September is expected to be unrevised from the preliminary reading of 71.0, which was up from 70.3 in August.