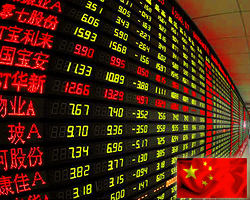 The pound weakened against its major counterparts in the European session on Wednesday, as U.S. debt-ceiling impasse, Evergrande’s debt crisis and power shortages in China dampened investor sentiment.

Senate Republicans blocked a House plan to suspend the government’s borrowing limit, in a major blow to Democratic attempts to avert a possible government shutdown on October 1.

If the debt ceiling is not raised, the U.S. government would default on its obligations as early as mid-October.

The developer is planning to sell a 9.99 billion yuan stake in Shengjing Bank to settle its financial liabilities with the bank.

Investors continue to worry about surging energy costs due to power shortages in China, which is hurting the country’s manufacturing sector and related supply chains.

Data from the Bank of England showed that U.K. mortgage approvals declined to a 13-month low in August.

The pound dropped to 1.2514 against the franc, its weakest level since August 24. If the pound weakens further, 1.235 is possibly seen as its next support level.

The pound dipped to 1.3444 against the greenback, a level unseen since December 2020. The pound may challenge support around the 1.33 mark.

The pound declined to its lowest level since July 21 against the euro, at 0.8657. The next possible support for the currency is seen around the 0.88 level.