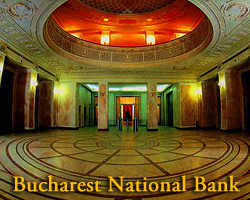 Thailand’s central bank left its key interest rate unchanged on Wednesday as policymakers assessed that financial measures would be more effective than a further rate cut.

At the Monetary Policy Committee meeting of the Bank of Thailand, policymakers unanimously voted to hold the key rate at 0.50 percent.

The interest rates are likely to remain at their current level of 0.5 percent until at least the end of next year, Gareth Leather, an economist at Capital Economics, said.

The economy was projected to expand 0.7 percent and 3.9 percent in 2021 and 2022 respectively, largely unchanged from the August projection, the central bank said in the statement.

The committee expects progress on vaccination and earlier-than-expected relaxation of the containment measures would help support the economy in the period ahead.
Headline inflation would remain subdued in line with weak domestic demand, the bank noted. Nonetheless, headline inflation forecast and medium-term inflation expectations remained anchored within the target.