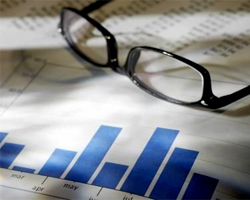 Economic growth in the U.S. accelerated by slightly more than previously estimated in the second quarter, the Commerce Department revealed in revised data released on Thursday.

The Commerce Department said real gross domestic product shot up by 6.7 percent in the second quarter compared to the previously reported 6.6 percent spike. Economists had expected the jump in GDP to be unrevised.

The upwardly revised GDP growth in the second quarter reflects a modest acceleration from the 6.3 percent surge seen in the first quarter.

Meanwhile, the upside was limited by an upward revision to imports, which are a subtraction in the calculation of GDP.