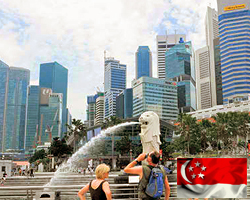 Singapore retail sales dropped in August, data from the Department of Statistics showed on Tuesday.

Retail sales fell 2.8 percent year-on-year in August, after a 0.2 percent rise in July.

Sales of optical goods and books declined 9.6 percent and those of others fell 11.4 percent. Sales of department stores, and furniture and household equipment decreased by 8.5 percent and 5.9 percent, respectively.

Sales of recreation and culture, and mini-marts and convenience stores fell by 5.8 percent, each.

On a monthly basis, retail sales fell 0.6 percent in August, after a 0.9 percent rise in the prior month.

*Canadian Manufacturing Sales Spike 10.7% In May