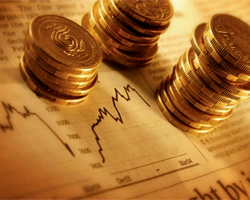 A report released by the Commerce Department on Tuesday showed the U.S. trade deficit widened by much more than expected in the month of August.

The Commerce Department said the trade deficit widened to a record $73.3 billion in August from a revised $70.3 billion in July.

Economists had expected the trade deficit to increase to $70.5 billion from the $70.1 billion originally reported for the previous month.

The wider trade deficit came amid a jump in the value of imports, which surged up by 1.4 percent to $287.0 billion.

Significant increases in imports of pharmaceutical preparations and industrial supplies and materials more than offset a decrease in imports of passenger cars.

Meanwhile, the Commerce Department said the value of exports rose by 0.5 percent during the month to $213.7 billion.

A spike in exports of industrial supplies and materials was partly offset by decreases in exports of automotive vehicles, parts, and engines, capital goods and foods, feeds and beverages.

The report also showed the goods deficit widened to $89.4 billion in August, while the services surplus contracted to $16.2 billion.

“Moderating domestic demand will continue to slow import volumes over the coming months, while a steady pick up in foreign consumption will drive stronger exports in Q4,” said Mahir Rasheed, U.S. Economist at Oxford Economics.

He added, “However, with global growth being constrained by persistent supply disruptions and uneven vaccine diffusion, we expect the trade deficit will widen slightly further by year-end.”