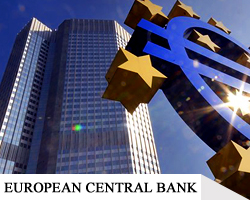 The euro came in mixed against its major counterparts in the European session on Thursday, after the minutes from the European Central Bank’s recent meeting showed that policy makers assessed that the central bank must maintain an accommodative monetary policy stance to offset the negative impact of the pandemic on inflation and to support the re-anchoring of inflation expectations solidly around the Governing Council’s new target over the medium term.

Members acknowledged an improvement in the economic outlook and observed that the Governing Council’s policy measures were producing the desired effects.

“With respect to the moderate reduction in the pace of net asset purchases under the PEPP, this was seen as proportionate, gradual and in line with the joint assessment of the improvement in financing conditions and the inflation outlook.”

ECB members confirmed that the decision constituted a recalibration of the programme in response to current conditions and did not imply tapering or an end to asset purchases under the PEPP.

Policy makers stressed that the board would continue to purchase flexibly according to market conditions.

The euro showed mixed trading against its major counterparts in the Asian session. While it was steady against the greenback and the pound, it rose against the yen and the franc.

The euro held steady against the pound, after touching 0.8493, which was its lowest level since August 16. The euro-pound pair had finished yesterday’s trading session at 0.8505.

Survey data from the Lloyds Bank subsidiary Halifax showed that UK house prices grew at the strongest pace since 2007 as stamp duty holiday draws to a close.

House prices grew 1.7 percent month-on-month in September, following an increase of 0.8 percent in August. This was the third consecutive rise in prices.

After rising to 128.92 at 3 am ET, the euro showed a lackluster trading against the yen during the trading session. The pair was worth 128.70 when it ended deals on Wednesday.

The euro held steady against the franc, after falling to its lowest level since August 24, at 1.0702. At Wednesday’s close, the pair was valued at 1.0712.

The jobless rate fell a seasonally to 2.8 percent in September from 2.9 percent in August.

Looking ahead, Canada Ivey PMI for September and U.S. consumer credit for August will be featured in the New York session.