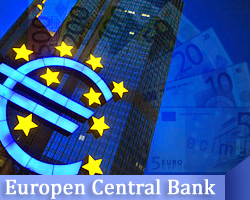 The European Central Bank publishes the account of the monetary policy meeting of the Governing Council held on September 8 and 9 at 7:30 am ET Thursday.

Ahead of the release, the euro traded mixed against its major rivals. While it rose against the greenback, it fell against the franc. Versus the yen and the pound, it held steady.

Fed Expects Interest Rates To Remain Near Zero Through 2022