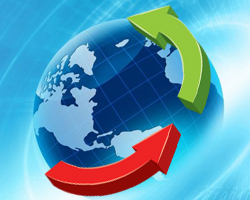 Industrial production from Germany is due on Thursday, headlining a light day for the European economic news.

At 1.45 am ET, the Swiss State Secretariat for Economic Affairs releases unemployment data for September. The jobless rate is forecast to fall to 2.8 percent from 2.9 percent in August.

At 2.00 am ET, Destatis is scheduled to issue Germany’s industrial production for August. Economists expect output to decline 0.4 percent on month, reversing a 1 percent rise in July.

In the meantime, UK Halifax house price data is due for September.

At 2.45 am ET, foreign trade and current account figures are due from France.

At 3.00 am ET, the Czech Statistical Office releases industrial production and foreign trade data for August. Economists forecast production to grow 2.6 percent annually after rising 7 percent in July.
At 4.00 am ET, Italy’s Istat publishes retail sales for August. Sales had dropped 0.4 percent on month in July.

At 7.30 am ET, the European Central Bank publishes the account of monetary policy meeting of the Governing Council held on September 8 and 9.

Oil Futures Settle Higher For The Day, Shed Over 6% In Week