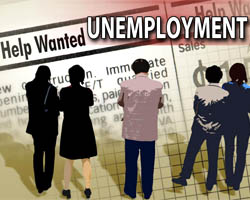 With the more closely watched monthly jobs report on tap for Friday, the Labor Department released a report on Thursday showing a bigger than expected pullback in first-time claims for U.S. unemployment benefits in the week ended October 2nd.

Meanwhile, the Labor Department said the less volatile four-week moving average crept up to 344,000, an increase of 3,500 from the previous week’s revised average of 340,500.

Continuing claims, a reading on the number of people receiving ongoing unemployment assistance, slid by 97,000 to 2.714 million in the week ended September 25th, hitting their lowest level since March of 2020.

On Friday, the Labor Department is scheduled to release its highly anticipated report on the employment situation in the month of September.

Economists currently expect employment to increase by 488,000 jobs in September after rising by 235,000 jobs in August. The unemployment rate is expected to dip to 5.1 percent from 5.2 percent.

Payroll processor ADP released a report on Wednesday showing employment in the U.S. private sector increased by more than expected in September.

ADP said private sector employment jumped by 568,000 jobs in September after rising by a downwardly revised 340,000 jobs in August.

Economists had expected private sector employment to climb by 428,000 jobs compared to the addition of 374,000 jobs originally reported for the previous month.

Uncertainty About Stimulus Leads To Strength Among Treasuries