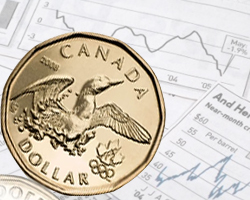 Statistics Canada will release Canada jobs data for September at 8:30 am ET Friday. Ahead of the data, the loonie showed mixed trading against its major counterparts. While it was steady against the aussie, it rose against the rest of major rivals.

Oil Futures Settle Higher For The Day, But Shed 1.2% In Week