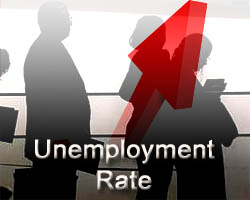 After ending the previous session roughly flat, treasuries showed a notable move to the downside over the course of the trading day on Thursday.

Bond prices moved steadily lower as the day progressed before closing firmly in negative territory. As a result, the yield on the benchmark ten-year note, which moves opposite of its price, climbed 4.7 basis points to 1.571 percent.

With the advance on the day, the ten-year yield ended the session at its highest closing level in four months.

The weakness among treasuries came as lawmakers reached an agreement to temporarily extend the debt limit, avoiding a potential default.

The agreement would reportedly increase the debt limit by $480 billion, allowing the Treasury to continuing paying its bills through December 3rd.

Further reducing the appeal of treasuries, a report from the Labor Department showed a bigger than expected pullback in first-time claims for U.S. unemployment benefits in the week ended October 2nd.

Economists currently expect employment to increase by 488,000 jobs in September after rising by 235,000 jobs in August. The unemployment rate is expected to dip to 5.1 percent from 5.2 percent.

The monthly jobs report is likely to be in the spotlight on Friday, as the data could have a significant impact on the Federal Reserve’s plans to begin scaling back its asset purchases.

Austria&apos;s Economy Contracts Most Since 1945