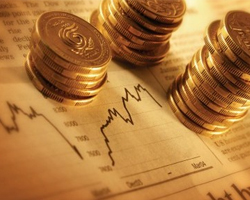 With trading resuming following the long holiday weekend, treasuries moved to the upside over the course of the session on Tuesday.

Bond prices fluctuated in morning trading but climbed more firmly into positive territory in the afternoon. Subsequently, the yield on the benchmark ten-year note, which moves opposite of its price, fell by 2.5 basis points to 1.580 percent.

The advance by treasuries came after the Treasury Department revealed this month’s auction of $38 billion worth of ten-year notes attracted above average demand.

Earlier in the day, the Treasury had revealed below average demand for this month’s auction of $58 billion worth of three-year notes.

Following a couple quiet days on the economic front, trading on Wednesday may be impacted by reaction to a report on consumer price inflation as well as the minutes of the latest Federal Reserve meeting.

Bond traders are also likely to keep an eye on the results of the Treasury Department’s auction of $24 billion worth of thirty-year bonds.