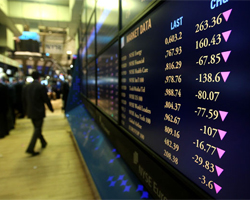 First time claims for U.S. unemployment benefits dropped below 300,000 for the first time in well over a year in the week ended October 9th, according to a report released by the Labor Department on Thursday.

Economists had expected jobless claims to edge down to 319,000 from the 326,000 originally reported for the previous week.

With the bigger than expected decrease, jobless claims dropped to their lowest level since hitting 256,000 in the week ended March 14, 2020.